The Cavcon prestressed concrete palisade system is based on our popular fencing posts, which are designed by a professional engineer, and manufactured in a production facility designed to ensure adherence to the specification and quality standards.

With an attractive set of features, this palisade system is a logical choice for demanding fencing applications: 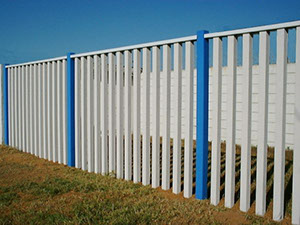 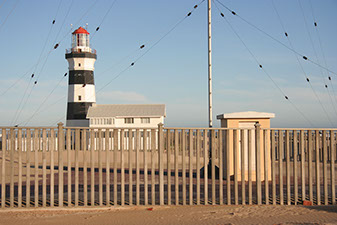 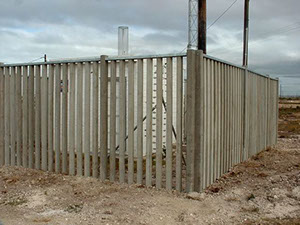 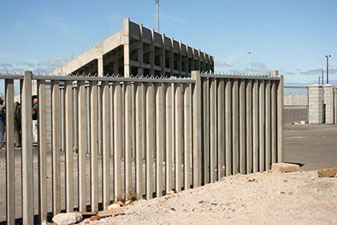 The concrete shall consist of 13mm quartzitic stone, Swartkops River sand and Portland Cement, weigh-batched to produce a mix which has an average compressive strength of 50Mpa at 28 days for 150mm test cubes.

The mix shall be compacted by vibration in steel moulds, to produce dense concrete.

The shear nuts, corner brackets and bolts shall be hot dipped galvanised. The studs shall be zinc plated or as specified.

The top rail shall be 125mm x 50mm steel channel. It shall have 12mm holes pre-drilled at 200mm intervals and end plates fitted.

The top rail shall be hot dipped galvanised.

Major post spacing shall be a maximum of 3030mm centre to centre.

Intermediate post spacing shall be 200mm centre to centre. The gap between posts shall be 110mm.

The major posts and intermediate posts are designed to resist a minimum bending moment of 2.7kNm and 1.3kNm respectively, in any position before initial failure occurs.

(Note: The force required to break a post, so that it does not fully recover, is considerably greater than the above specification.)